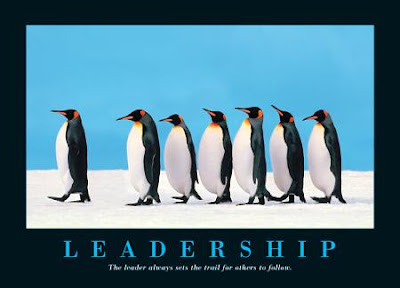 Leaders must be tough enough to fight, tender enough to cry, human enough to make mistakes, humble enough to admit them, strong enough to absorb the pain, and resilient enough to bounce back and keep on moving.

Do the hard jobs first. The easy jobs will take care of themselves.

The secret of a leader lies in the tests he has faced over the whole course of his life and the habit of action he develops in meeting those tests.

The quality of a leader is reflected in the standards they set for themselves.
It is not fair to ask of others what you are unwilling to do yourself.

Do not wait for leaders. Do it alone, person to person.

Leadership should be more participative than directive, more enabling than performing.

My grandfather once told me that there were two kinds of people: those who do the work and those who take the credit. He told me to try to be in the first group. There is much less competition.

Life shrinks or expands in proportion to one’s courage.

One never notices what has been done; one can only see what remains to be done.

Leadership is practiced not so much in words as in attitude and in actions.

A good leader takes a little more than his share of the blame,

a little less than his share of the credit.

Leadership is a combination of strategy and character.

The great leaders are like the best conductors - they reach

beyond the notes to reach the magic in the players.

One of the tests of leadership is the ability to recognize a problem
before it becomes an emergency.

Effective leadership is putting first things first.
Effective management is discipline, carrying it out.
Posted by ncerdleaders at Wednesday, December 09, 2015 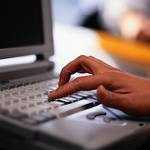 You will find details of the programme, advice and all of the materials. Just take your time to look around the site! 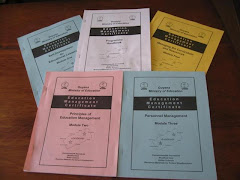 You can click on the link for each module and get the PDF Version with pictures.

Links with other useful sites in Guyana and beyond

Going from Strength to Strength

NCERDLEADERS is becoming increasingly popular around the world and not just in Guyana. The content can apply to most education systems wherever you are.

Number of visits so far across the whole community.....

Over 170,000
Thanks to all who have helped us to achieve this

Average monthly visits across the community....

Why not comment if you find this site useful?

Followers to the main site

How to navigate the site

The NCERDLEADERS website is in the form of a BLOG - that is the main articles are on the left hand side and other details and links are in the sidebar on the right. The articles are organised by the date they are posted. Each of the years and months has a number next to them. That is the number of posts for that month. Click on the month to see the posts.

Below on this sidebar you will find:-

Just scroll down this sidebar to find all of this content.
Why not click on some of the tabs below the title at the top to take you to other useful sites and interesting pages in this site?

It's important to remember that everything you do or "do not do" has a direct effect on the education of the children. Let them build on your good example.

Translate into your language

In conjunction with Voluntary Service Overseas